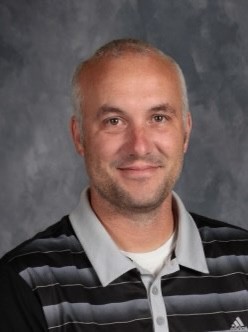 (June 19, 2022) - Joe Bronkella will become the next Athletic Director for Center Grove High School on July 1, 2022. Bronkella was approved by the Center Grove Board of School Trustees at its June 16, 2022 meeting.

Mr. Bronkella is currently the athletic director at Madison Consolidated High School in Madison, IN where he has served since 2017. Under his leadership, Madison was awarded the IHSAA Sportsmanship award in 2020 and 2021. During his career, Bronkella has coached football, basketball, baseball, and track.

“I am excited to welcome Joe Bronkella to the Trojan family as our new athletic director,” said Dr. Jeff Henderson, CGHS principal. “Joe comes to us with more than 21 years of experience as an educator, coach, and athletic director. He has a broad range of experiences that include coaching multiple sports, planning and overseeing major facilities upgrades, as well as hosting multiple ISHAA tournament series events, and serving on the board of the IIAAA. I look forward to working with Joe as he joins our administrative team as we continue the long history of success in our athletic program.”

“I’m excited to be offered the position of athletic director at Center Grove High School,” said Bronkella. “I cannot wait for the transition to my new position and start meeting all of the wonderful people in the community. I’m ready to continue the tradition of excellence that Center Grove is accustomed to and work to build its future.”

Bronkella started his career as a special education teacher in Anderson, IN. He taught physical education in an elementary school in Florida before returning to Indiana where he taught physical education and health at Central Middle Schools and East High School in Columbus. Bronkella became Central’s Athletic director in 2011. Bronkella was awarded the Tom Cameron Administrator of the Year Award from the Indiana High School Wrestling Coaches Association in 2019.

The current athletic director, Scott Knapp, announced plans to leave the job when his contract ends on June 30.